Can I Get a Price Check? 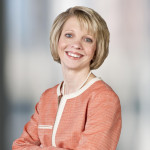 A few weeks ago, I was driving home from work when an ad came on the radio. The announcer said, “You wouldn’t purchase airline tickets without knowing where you were traveling and how much it cost. You wouldn’t order a meal at a restaurant before checking out the prices on the menu. You wouldn’t book a hotel room without shopping online and comparing costs.”

It was an ad for a car dealership, but it got me to thinking: Why aren’t consumers doing their research about healthcare costs? Why wouldn’t you compare prices before going to a new doctor or signing up for an expensive medical procedure?

There are plenty of resources available to help employees research healthcare costs. Unfortunately, far too many consumers either don’t know about or have access to these resources.

To make matters worse, Bankrate.com predicts the average household will pay $3,301 in annual out-of-pocket healthcare expenses in 2014. Yet 46% of employees have less than $1,000 in savings to tap into for an unexpected serious illness or accident, and 25% have less than $500, Aflac reports.

“The bottom line is if consumers aren’t educated about the full scope of their options, they risk making costly mistakes without a financial back-up plan,” said Audrey Boone Tillman, executive vice president of Corporate Services at Aflac.

In the end, this is bad news for the employee and their employer. As I mentioned in my last blog, financial problems are a major distraction for employees, leading to higher absenteeism decreased focus and engagement on the job.

You Better Shop Around

The goal of healthcare reform was to provide Americans with more healthcare options—but the vast majority of consumers aren’t prepared to take the wheel, and they lack the proper education and guidance to make these choices. Because most consumers don’t know how to price compare medical services, they’re flushing thousands of their hard-earned dollars down the drain.

For example, the cost for an uncomplicated childbirth at hospitals throughout the New York City area range between $9,699 and $29,076. That’s a staggering price difference! Why on earth would you pay $25,000 for medical care when you could get the exact same care for $10,000? Would you buy a flat screen TV for $2,000 from the electronics store near your house if you knew the exact same TV was available at a store 10 miles away for $750? Of course not! You’d make the relatively short drive to save a whopping $1,250.

Just like when they’re out shoe shopping or searching for furniture deals, it’s up to consumers to compare prices before they sign on for a major medical procedure. However, it’s up to their employers to offer them the guidance and resources they need to do so. There are many non-insured benefits designed to make employees better healthcare consumers. If you are not already presenting these products to your employer groups, now is the time to start. After all, a financially secure employee is an engaged and focused employee.